If you’ve been charged with a DUI/DWI, Call us! You may have a defense. 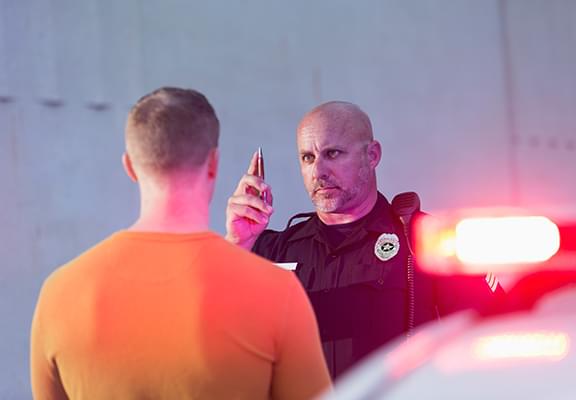 Have you been Charged with drunk driving, DUI or DWI? Your choice of legal counsel is important and can mean the difference between a DUI conviction and a dismissal, The Law Offices of Steven A. Traub, located in Cherry Hill, NJ specializes in defending the rights of motorists accused of drunk driving. Our lawyers establish an effective defense on a case-by-case basis in order to ensure that you will avoid the consequences of a DUI conviction. New Jersey has a notorious reputation for targeting vacationers heading to and from the Jersey shore. Did you get a DUI or DWI on your way to the Beach? Vacation DUI charges are very common and can be dismissed if you have the right lawyer to defend you.

How to defend against a DUI charge?

It is important to remember that the State has the burden of proving its case against you. The State must show that you were operating a motor vehicle and while doing so your ability to drive was impaired by the consumption of alcohol or drugs, or that the amount of alcohol in your blood was above .08%. The State must show that the police had a lawful reason for stopping your vehicle, and that the police provided you with clear and proper instructions for any field sobriety tests (walk a straight line, stand on one leg, recite alphabet, etc.) that you were asked to perform. In addition proof must be shown that the breath test equipment was working properly, and that the police officer operating the equipment was trained and certified to administer the test. If the police made any procedural mistakes or if the breath test equipment was not functioning properly, it is possible that a dwi charge can be downgraded or dismissed.

A conviction for DWI has very serious consequences including:

First Offense with a blood alcohol content (BAC) between .08% and less than 0.10% – indefinite
forfeiture of license until an ignition interlock device is installed. Interlock must remain installed for
three (3) months.

First Offense with a BAC between 0.10% but less than 0.15% – indefinite forfeiture of license until an
ignition interlock is installed. Interlock must remain installed from seven (7) months to one (1) year.

First Offense with a BAC of 0.15% or greater- forfeiture of license from four (4) to six (6) months.
Suspension begins when ignition interlock device is installed. Interlock must remain installed during the
period of license forfeiture and for a period of nine (9) to fifteen (15) months after the driver’s license
has been restored.

Third or subsequent offense – license forfeiture of eight (8) years. An interlock device must be installed
during the period of forfeiture. After the forfeiture period is over, the interlock device must remain
installed for a period ranging from two (2) to four (4) years. In addition, there is a mandatory jail
sentence of 180 days, 90 of which may be served in an inpatient substance abuse treatment facility.

Fill out my online form.